Join us once a month for Inspirational Mondays!

Get a serious boost of Monday motivation to keep you moving forward!
Touching Heart brings you “Inspirational Mondays”, where we virtually connect you with amazing people who share their personal stories of perseverance, grit and triumph. Join us once a month for these inspirational stories with uplifting and encouraging messages. 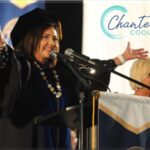 Chantell Cooley is a successful entrepreneur, motivational speaker, author, and businesswoman with over 25 years of organizational leadership experience. She has successfully established and maintained lasting relationships with Fortune 500 companies and multinational organizations and is an avid believer in leaders with all experience levels.
As the co-founder of Columbia Southern University (CSU) and Senior Vice President and co-owner of Columbia Southern Education Group, she has delved deep into topics ranging from business and leadership to education, presenting to thousands of people conferences and seminars in the United States and abroad.
Chantell is a wife, a mother of two, and the daughter of a military veteran. She believes in empowering individuals to reach their ideal level of success by persevering through life’s obstacles and has always had a passion for motivating others.
Chantell said, “Seasons in our lives are always coming and going. Each season brings something new to view and learn. We must first learn how to enjoy each season and experience the full value that it offers us”.

It only seems fitting to start “Inspirational Mondays” with the woman who co-founded Touching Heart and who is responsible for its success today, Helen Yi.
Today Touching Heart is a thriving non-profit that has impacted local, national, and international children. However, Touching Heart’s success was not accomplished overnight. It came in bits and pieces. Many times, Helen pushed with little results and even had thoughts of closing it down. But she did not stop. She kept going, influencing people until Touching Heart was a top-rated non-profit that has raised over 2 million dollars and impacted over 28,000 people from Northern Virginia to New York to Uganda! 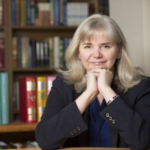 Mrs. Sherry Ramsey, Esq. is a licensed attorney in New York, New Jersey, and Virginia and a nationally known animal rights attorney.
After graduating from college at Washington and Lee University in Virginia, Mrs. Ramsey moved to New York City to pursue an acting career. She worked in plays and starred on daytime television for some years before deciding to change directions and go to law school. After law school, Sherry started her legal career as an Assistant Prosecutor in New Jersey and then moved into private practice, where she focused specifically on helping domestic violence victims and protecting animals from abuse.
Mrs. Ramsey has written various articles on prosecuting animal cruelty and the link to family violence for legal and justice publications nationwide. She has also been instrumental in drafting numerous laws to protect animals around the country. Ms. Ramsey also serves as an adjunct professor teaching Animal Law at New York Law School, CUNY Law School, and most recently at Seton Hall Law. 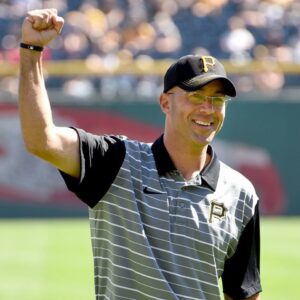 Thriving on a passionate belief in the power of sports to revolutionize and redefine the course of a life, Coach Dave hopes to afford kids new perspectives and positively influence how they see themselves, others, and the world around them. Dave brings fun and excitement to all of his work with his continuous energy and upbeat personality. He believes that teaching young people the fundamentals and skills of specific sports can lay the framework for children to enjoy future athletic success and to develop a positive self-image.

Working with kids and young athletes is Dave’s passion and expertise. He has been running some of the most successful sports programs and events in the Greater Pittsburgh area for over 23 years.

Join Dave as he shares personal experiences of how he lives a life of positivity, compassion and fun. His stories will definitely motivate and inspire you! 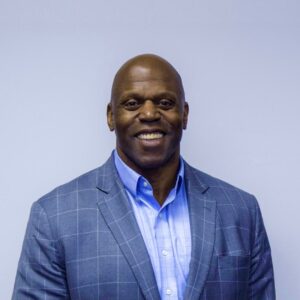 Ken Harvey is highly regarded as a role model, athlete, and visionary. While known for his dominance on the field as a four-time NFL Pro Bowler, today he’s prominently recognized for his work off the field as a philanthropist and speaker. Ken is also a published author of several books and screenplays, and is a football coach to our national leaders on Capitol Hill.
A Texas native, Ken earned football stardom at UC Berkeley and was selected in the first round, 12th overall, of the 1988 NFL draft by the Arizona Cardinals. There he played six seasons until signing with the Washington Redskins in 1994. He was selected to his fourth straight NFL Pro Bowl in 1997.
In 2002, Ken received the prestigious honor of being nominated in the Washington Redskin’s highest accolade as one of “70 Greatest Redskins.” Shortly after receiving that honor, he was inducted into the “Redskins Ring of Fame at Fed Ex Field.” In 2015, he received his second straight nomination for the Pro Football Hall of Fame. He was nominated five consecutive times for the NFL Hall of Fame.

Join Ken as he shares his personal experiences that will definitely motivate and inspire!